Dexter has been in and out of the rescue for quite some time now, he has been rehomed to a few different homes but has been returned each time due to his behaviour. To put it simply, Dexter is not your typical lazy and laidback Bulldog; he is highly strung, pushy, energetic and very stubborn at times and definitely not a dog for the faint-hearted. We have learnt a lot about him from each home that he has been to and we now understand him a lot better regarding what overwhelms him and what he likes and dislikes. Dexter thrives on a set routine, he needs stability and boundaries as it is clear to us that he has never really had that – this is basically where his problems have stemmed from. He is looking for a very quiet adult only home, ideally with someone who is experienced with dogs that have specific behavioural needs and have plenty of time and patience to help him. He is very friendly towards people that he meets when he is out and about but in the past he has got very overwhelmed, protective and defensive when people have visited his home and the introductions haven’t been done in a controlled manner. Dexter gets on well with other dogs when he is out and about after the correct introductions have been done, we feel that he is best suited to a home as the only pet as he is going to need lots of one to one attention and training. He enjoys going for his walks and having a run around the garden, he would love a nice sized garden of his own to explore. He needs to slowly and calmly be shown the great outdoors as he is easily overwhelmed by things, he acts like he wants to take on the world but deep down he is such a sensitive soul. Being walked in quieter areas would suit him best until he has gained confidence. Any one interested in Dexter will have full support from the NCAR team and our behaviourist Adam from k999. We really need his next home to be his final one as he has already had lots of upheaval in his short life.

Dexter is brilliant company and so loving once he knows you properly. This shows that if Dex’s training and education continues he has the potential to be a fantastic companion!

Here is Dexter being taught how to play tug-o-war by Nahla;

Check out his photo album; 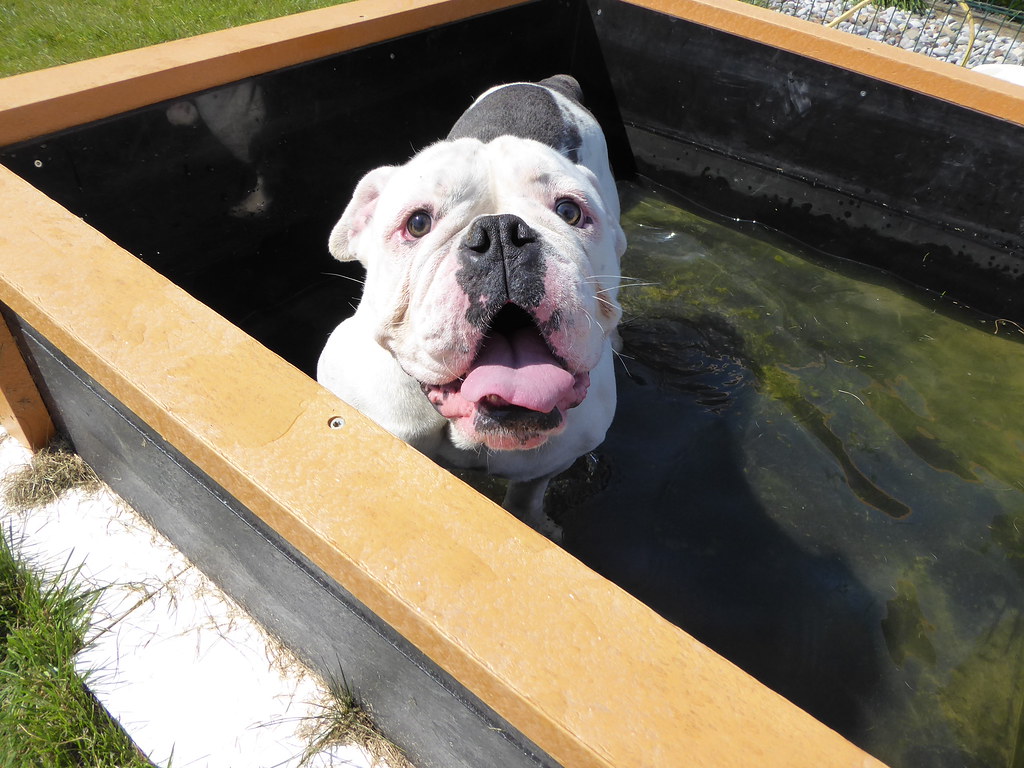 Hi all, I’m Dexter Bulldog. I am 2 1/2 years old. I have a very strong character and I’m looking for a confident breed experienced home with strict rules and boundaries, so I learn to understand that I am not the boss and that I won’t always get my own way!